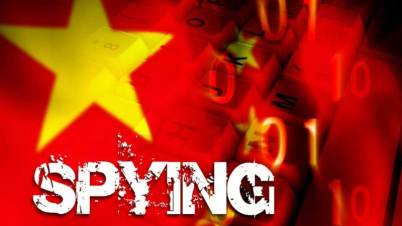 Chinese companies are providing African governments with the means to control the internet, telephone networks, facial recognition and surveillance cameras. “If you build the network on which all the data flows, you’re in a perfect position to populate it with backdoors or vulnerabilities that only you know about”.

Beijing (AsiaNews) – The United States and European Union (EU) want to curb China’s technological ambitions by closing the door to some of its companies, especially Huawei or ZTE, two of China’s largest networking and telecommunications companies.

This does not apply to Africa where Huawei continues to dominate the industry with its 3G/4G networks and holds 15 per cent of telecommunications and mobile phone market. At the same time, new players are emerging, particularly in the field of artificial intelligence.

According to French daily Le Monde, the company might leave the US by the end of 2018 and boost its presence in Africa. Huawei already is already present in the telecommunications field in about 20 countries.

It is consolidating its leadership with the launch of the Pakistan East Africa Cable Express (PEACE), a submarine telecommunications cable link between Asia and Africa.

In Africa, China is no longer just building railways, ports and highways, it is also building the necessary IT routes for a continent where only a third of the population is connected.

For Michael Chertoff, former Secretary of Homeland Security in the United States, “There’s a great deal of concern about Huawei acting to advance the interests of the Chinese government”.

Speaking to Foreign Policy, he said that the company is in a good position to spy on African governments. “If you build the network on which all the data flows, you’re in a perfect position to populate it with backdoors or vulnerabilities that only you know about, you’re upgrading it, each time you upgrade the network or service it, that’s an opportunity” to install spyware.

Huawei has denied any ulterior motive, saying there is no evidence to support such fears. But can Africa trust Chinese companies that are bound to be closely tied to Chinese authorities?

In fact, in terms of electronic surveillance, China has no reason to envy the United States. In Zambia, Ethiopia and Zimbabwe, local governments have used Chinese companies to set up systems to control the internet and telecommunications networks.

In January, Le Monde Afrique revealed that the Chinese had spied on the African Union headquarters in Addis Ababa by transferring the content of its server to Shanghai.

The latest example of its action is facial recognition, something in which China has specialised.

With almost half a billion surveillance cameras, almost every corner of the country is under surveillance.

By 2020, most Chinese will be in a database that will be able to identify them through video surveillance cameras. They will be monitored according to a “social score” based on their “good” or “bad” actions.

Such Orwellian technology is very seductive for African rulers.

A leading company based in Guangzhou has signed a cooperation contract with the Government of Zimbabwe to build a large-scale facial recognition system.

According to the Global Times, Zimbabwe sought China’s help, certain that it would get the best artificial intelligence technology. Initially, facial recognition systems will be installed in airports and at borders.

Zimbabwe’s new president, Emmerson Mnangagwa, was also fascinated by plans for “smart cities” during his visit to China in April.

Pilot projects will be launched with the aim of making Zimbabwe an African Silicon Valley, but with Chinese content.

In 2017, a Chinese company, Hikvision, had already struck a lucrative deal in Zimbabwe to sell surveillance cameras.

The cycle is now complete and the Chinese Big Brother has been invited to the table of Africans.