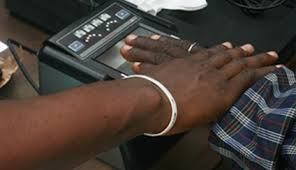 Canada will expand the number of Visa Application Centers (VACs) it operates around the world from 137 in 95 countries to 157 Centers in 105 countries to support its expanded collection of biometrics data for visitors to the country.

The new biometrics data collection requirements will come into force on July 31 for refugee resettlement applicants and people from countries in Europe, Africa, and the Middle East who are applying for a temporary resident visa, work permit, or study permit, according to a government announcement. Applicants applying online or by mail will receive a Biometrics Instruction Letter directing them to visit a VAC to provide their fingerprints and a photo, though the applications themselves must be submitted separately. The system applies to visitors from Asia, the Asia-Pacific region, and the Americas as of December 31.

The Canadian government expects to have new Centers open in Kigali, Rwanda, Stockholm, Sweden, and Tel Aviv, Israel by mid-September 2018, with Centers opening in Athens, Greece, Berlin, Germany, Lyon, France, and Vienna, Austria in early November and locations in Antananarivo, Madagascar and Cape Town, South Africa in early December of this year.

Law firm Borden Ladner Gervais (BLG) points out in a blog post that biometrics data collected by Ministry of Immigration, Refugees and Citizenship Canada will also be shared between the “Migration 5 Partners,” which include the United States, Australia, New Zealand, and the United Kingdom, in addition to Canada.

The Canadian government announced its intention to substantially expand its biometrics data collection of visitors to the country earlier this year, and that applicants would have to pay a fee of CAD$85 (US$66) to cover the program’s cost.