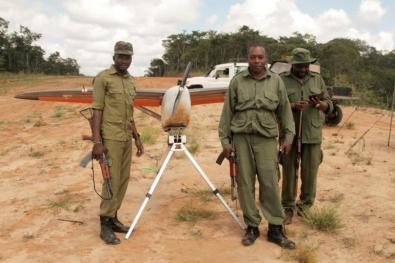 Drones have the potential to play a big role in protecting endangered species, with a number of trials being conducted to investigate how small aerial surveillance aircraft can be used to combat poaching. The latest effort involves the use of artificial intelligence software to quickly identify poachers and animals in drone footage, in an attempt to better protect elephants and rhinos.

Developed by Neurala, the software will be used by the Lindbergh Foundation in its efforts to combat poaching. It’s designed to keep an eye on video as it’s streamed back to researchers from drones in the field and identify animals, vehicles and poachers in real time without any human input. The software can analyze regular or infrared footage, so works with video taken day or night.

The Lindbergh Foundation will be deploying the technology as a pard of operation Air Shepherd, which is aimed at protecting elephants and rhinos in southern Africa from poachers . According to the Foundation, poachers are trying to get their hands on valuable ivory and rhino horn using crude methods like poisoning the water supply…